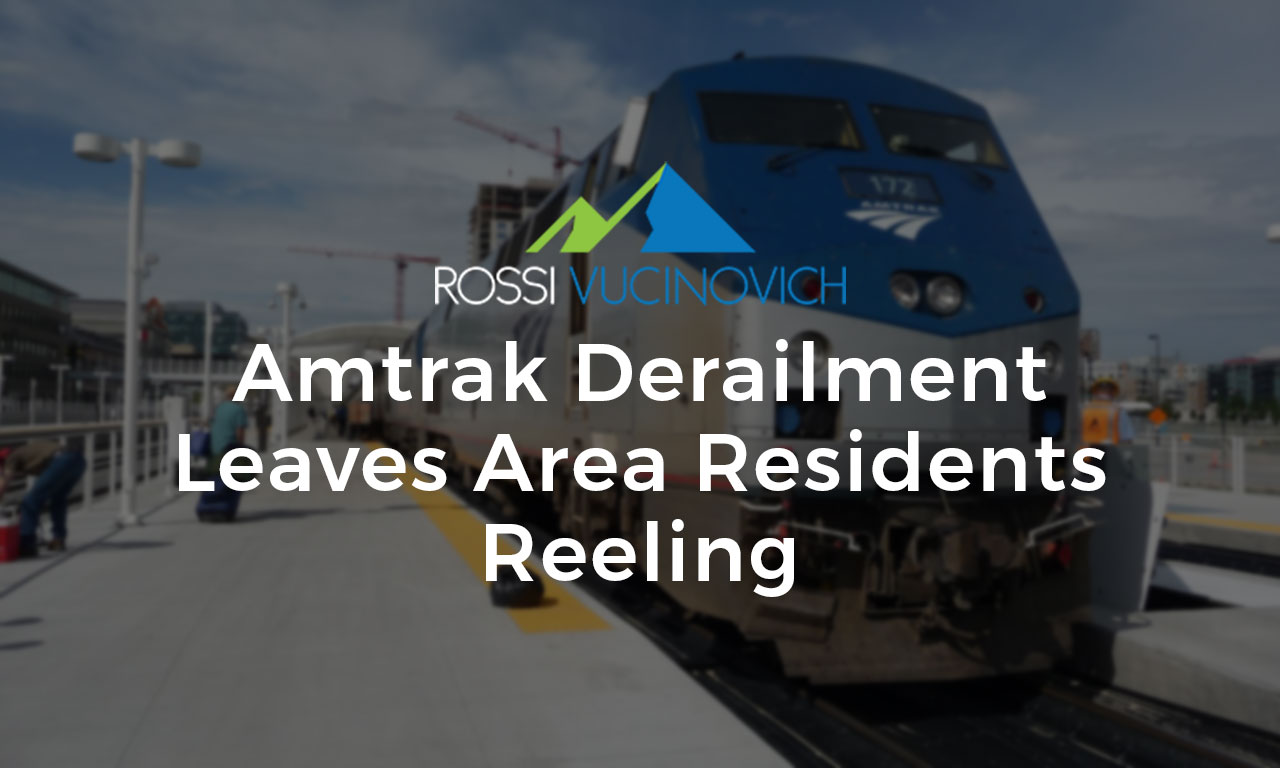 The recent Amtrak derailment that occurred near Dupont, Washington on Monday morning has sent shockwaves through Western Washington, and the impact of this tragedy is being felt across the nation.

While investigations are ongoing, at this time we know that Amtrak Train 501 left Seattle at 6:00 am and was traveling south towards Portland, Oregon when the derailment occurred.  Commuters and train enthusiasts alike were excited about the train’s inaugural trip on the newly constructed Point Defiance Bypass, however, as the train approached the sharp turn at the I-5 crossing, it derailed and caused at least one passenger car to leave the tracks and land on the highway.

Initial reports indicated that more than 70 people sustained injuries and officials have confirmed that three individuals died as a result of the derailment.

As we deal with the aftermath of this incident in the coming weeks and months and try to cope with the loses that have been suffered, we will certainly learn more about what caused this tragedy to occur, and potentially how it could have been avoided all together.  The train was reportedly traveling in excess of 80 miles per hour as it approached the curve, which was designed to handle trains traveling no more than 30 miles per hour. The number of passenger cars that left the tracks also suggests that this was a high-speed event.