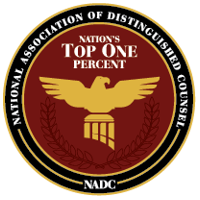 Jim Vucinovich is President and Managing Partner of the Firm, and a nationally-recognized FELA Lawyer with over 30 years of committed representation of injured railroad workers and their families.

From the start of his legal career Jim has focused his practice on the individual, recognizing that it is often the “little guy” who needs the most help in winning settlements and verdicts in personal injury cases. Every client is important and every case is unique and, therefore Jim approaches each and every one of his clients with compassion, honesty and commitment to get the best possible result.

Some of the recent cases Jim has tried to verdict or won in settlement include:

Jim is licensed in Washington, Oregon, Minnesota, and Colorado. He is one of the select group of FELA lawyers appointed to serve as DLC “Designated Legal Counsel” for SMART-TD, a major rail labor union in the railroad industry. He has been admitted to multiple federal district courts throughout the Midwest, West and Northwest where he regularly tries lawsuits. He was designated a board-certified trial specialist in 2004 by the Minnesota Trial Association. Jim is AV rated by Martindale-Hubble, the highest rating it awards. He is a board member of the Academy of Rail Labor Attorneys (ARLA), a professional association open only to attorneys whose practice includes representation of injured railroad employees, and currently serves as President.