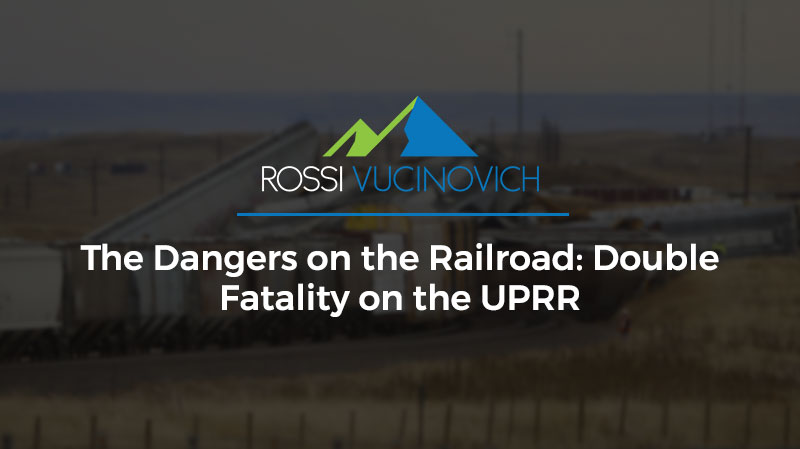 As much as we would like to be able to say that the Railroad is a safe place to work, a harrowing incident last week offered a chilling reminder of just how unforgiving and lethal the railroad workplace can be. On October 4, 2018, we lost two brothers, UPRR conductor Benjamin Brozovich and UPRR engineer Jason Martinez who were forced to jump from their runaway train before it crashed into the rear of another stopped UPRR train. Their train was traveling over 50 mph on the mainline just west of Cheyenne, Wyoming at the time of the fatal collision.

Neither Benjamin, 39, nor Jason Martinez, 40, survived, a tragic loss to their families and the railroad community at large. Benjamin had been working with UPRR for two decades, and Jason for a dozen years. As we mourn their loss and reach out to support their survivors, we must also contemplate what this means for the health and safety of those brave workers who will carry on in their place, hoping they can return home safely each night.

Not all the reasons are known that could explain this catastrophic event, but some major defect in the train braking system is suspected. The emergency braking system fully applied could not stop or even slow their train. Of course, the NTSB, FRA, and the railroad were on scene to gather the evidence and hopefully reconstruct what happened, and we will find out eventually. These two veteran railroaders and their families, with a career and everything to look forward to in their lives, paid the ultimate price.

At Rossi Vucinovich, we work hard every day to ensure the railroads improve their safety practices and protect the railroad workers. We fight to make things right for railroad workers who have been injured due to the negligence of the railroad. Despite our efforts, the tragic loss of life is a reminder of how dangerous a job this still can be. We should not have to mourn the loss of our railroad brothers or sisters as we are today; the railroads should ensure that their equipment is safe and fully operational at all times.

It serves as a stark reminder to have in place a plan of what to do when something unthinkable happens at work. Who does your spouse or significant person call? What resources are available? How does your family get the support and protection that is needed immediately?

For over 50 years, Rossi Vucinovich has fought for and supported our brothers and sisters risking life and limb to work on the railroad. It is with great sadness that we mark the loss of two fallen brothers. We stand in solidarity with all the railroad workers, and we stand ready to help and ready to work even harder to hold the railroads accountable for their actions.