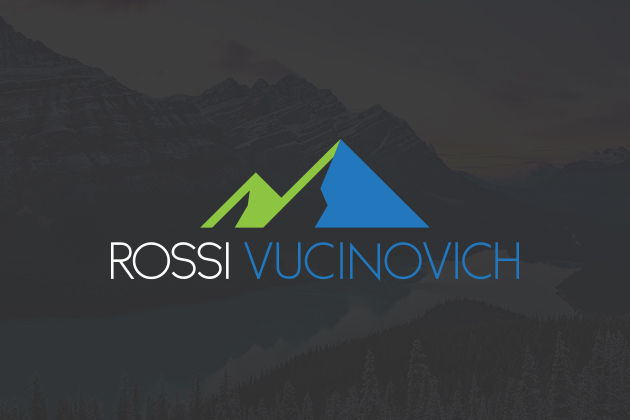 This is to advise you we have completed our investigation of the above-referenced complaint filed by you (“Complainant”), against Union Pacific Railroad (“Respondent”), on July 25, 2018, under the employee protection provisions of the Federal Railroad Safety Act (FRSA), 49 U.S.C. $ 20109. In brief, you alleged Respondent retaliated against you for reporting an injury.

Following an investigation of this matter by a duly authorized investigator, the Secretary of Labor, acting through his agent, the Acting Regional Administrator for the Occupational Safety and Health Administration (OSHA), Region VIII, finds there is reasonable cause to believe Respondent violated the above statute and issues the following findings:

1. On June 26-27, 2018, Respondent sent Complainant to a managing agreement professional for success (MAPS) training class for reporting an injury. On July 25, 2018, Complainant filed a complaint with the Secretary of Labor alleging Respondent discriminated against him in violation of the provisions of FRSA 49 U.S.C. $ 20109. As this complaint was filed within 180 days of the alleged adverse employment action, the complaint is deemed timely.

4. On May 2, 2018, Complainant and an engineer were operating a locomotive when through

5. On the morning of May 3, 2018, Complainant awoke with a severe headache, nausea, and dizziness. The complainant called his doctor and made an appointment for the following day.

7. On May 11, 2018, Complainant sent a text message to the engineer and informed him that he had suffered a concussion injury from the accident they were involved in [May 2, 2018]. The engineer responded and informed Complainant that he [engineer) had not been injured in the

8. On May 15, 2018, Respondent sent Complainant an email confirming that he was cleared to return to work. Sometime later, Complainant called dispatch to check on his status to get back on the schedule. The director of road operations (DRO) informed Complainant that he needed to complete a personal injury form for his injury.

9. On May 16, 2018, Complainant completed the personal injury form and submitted it to the DRO. The DRO reviewed the form and informed Complainant that he thought it sounded more like a migraine than a concussion. The complainant informed the DRO that the doctor diagnosed it as a concussion.

11. On June 11, 2018, Complainant called another MOP and asked why he was being ordered to attend MAPS training. The MOP informed Complainant that he had a MAPS triggering event! [reporting the injury], requiring his attendance at the training.

Elements of a Retaliation Claim

15. Protected Activity: activities protected by the FRSA include, but are not limited to, the following: (1) filing a complaint or instituting a proceeding under the act (which can include complaints made to the FRA, OSHA and other agencies, the employer, and some third parties; – (2) testifying in a proceeding under the Act; and (3) exercising a right granted by the act (e.g. reporting hazardous safety conditions, or refusing to authorize the use of any safety or security-related equipment, track or structures).

In the present case, Complainant engaged in the following protected activities:

On May 4, 2018, Complainant called the MOP and informed him that the doctor had diagnosed him with a concussion from the accident and that he would be out for a week. On May 16, 2018, Complainant completed the personal injury form and submitted it to the DRO.

16. 1 Knowledge: The person who allegedly committed retaliation must have known, in advance, about the protected activity either directly or through circumstances.

In the present case the following knowledge of protected activities has been established:

17. Adverse Action: Employees are not protected from all forms of retaliation. The retaliation must have had a materially adverse effect; meaning it would deter a reasonable an employee from engaging in protected activity, In the present case the following adverse action(s) occurred: 2018

19. Nexus: The FRSA prohibits retaliation “because ” the employee engaged in protected activity. To establish a violation, the employee’s engagement in protected activity alone or in combination with other factors, affected the outcome of the employer’s decision to administer the adverse action. This can be considered to have met the required burden if the complaint, on its face, supplemented through interviews of Complainant, alleged the existence of facts either direct or circumstantial evidence. Causation can be established directly through evidence of retaliatory animus, or indirectly by showing a close timing between the protected activity and the adverse action, or through other evidence such as disparate treatment of similarly situated employees.

In the present case the following nexus occurred:

19. Timing: The timing between Complainant’s protected activity and adverse action does lend itself to temporal proximity.

20. Animus: There was evidence that supported animus towards Complainant’s protected activity. Specifically, the manager informed the MAPS class that Complainant attended the class was for filing a personal injury report. Also, the manager equated making an injury report with a critical rules violation, which triggers attendance at the MAPS class.

21. Disparate Treatment: – Similarly Situated Employees: Disparate treatment could not be established because, in 2018, Respondent sent three other employees to MAPS training who reported injuries.

23. To overcome a prima facie allegation, Respondent must provide through clear and convincing evidence, a “legitimate, non-discriminatory” reason for the adverse action. If the Respondent can do so, the reason(s) given must be shown to be pretext before there can a finding for retaliation.

24. Respondent maintained that Complainant did not receive discipline because of the train collision. Two weeks after the accident, Complainant submitted a personal injury report.

25. Respondent has a MAPS policy, which is its discipline policy. The respondent instituted the MAPS policy in 2016 and then required all employees to attend MAPS training to understand the company’s disciplinary process. However, the evidence demonstrated that since 2016, Respondent has not proactively sent employees to MAPS training. Respondent required employees to attend the training only after a critical rules violation or the filing of a personal injury report. There was no evidence showing that employees voluntarily attended a MAPS training in 2018. However, Respondent sent three other employees to a MAPS training who reported injuries to management in 2018. Employees who reported injuries were treated the same as those who had a “triggering event” or critical rules violation. Complainant did not have his attendance at the MAPS training recorded as a discipline in his personnel file. However, witness interviews confirmed employees considered attendance at MAPS training to be materially adverse. Employees believed that required attendance at the MAPS training was offered discipline and there was a stigma associated with attendance, despite no loss of pay for attendance. Respondent failed to demonstrate by clear and convincing evidence that it would have taken the same unfavorable personnel action in the absence of the activity protected by the FRSA. Accordingly, Complainant’s protected activities appeared to have been a contributing factor in the decision to require him to the MAPS training. Therefore, the evidence indicated reasonable cause to believe that Respondent has violated the provisions of the Federal Railroad Safety Act, 49 U.S.C. 8 20109 and issues the following order;

Upon receipt of this Secretary’s Finding and Order, Respondent shall immediately:

Respondent shall pay Complainant punitive damages in the amount of $1,000.

Respondent shall not retaliate or discriminate against Complainant in any manner for instituting or causing to be instituted any proceeding under or related to the Federal Railroad Safety Act, 49 U.S.C. $ 20109.

Respondent shall provide training to all employees on whistleblower rights under the Federal Railroad Safety Act, 49 U.S.C. $ 20109.

Respondent shall post immediately in a conspicuous place in or about Respondent’s facility, including in all places where notices for employees are customarily posted, including Respondent’s internal Web site for employees or e-mails, if respondent customarily uses one or more of these electronic methods for communicating with employees, and maintain for a period of at least 60 consecutive days from the date of posting, the attached notice to employees, to be signed by a responsible official of Respondent and the date of actual posting to be shown thereon.

Objections: Respondent and Complainant have 30 days from the receipt of these Findings to file objections and to request a hearing before an ALJ. If no objections are filed, these Findings will become final and not subject to court review. Objections must be filed in writing with:

In addition, please be advised that the U.S. Department of Labor generally does not represent any party in the hearing; rather, each party presents his or her own case. The hearing is an adversarial proceeding before an ALJ, in which the parties are allowed an opportunity to present their evidence de novo for the record. The ALJ who conducts the hearing will issue a decision based on the evidence, arguments, and testimony presented by the parties. Review of the ALJ’s decision may be sought from the Administrative Review Board, to which the Secretary of Labor has delegated responsibility for issuing final agency decisions under FRSA. A copy of this letter has been sent to the Chief Administrative Law Judge along with a copy of your complaint. Complaints under the FRSA are handled in accordance with the rules and procedures for the handling of FRSA cases. These procedures can be found in Title 29, Code of Federal Regulations Part 1982, a copy of which may be obtained at www.whistleblowers.gov.