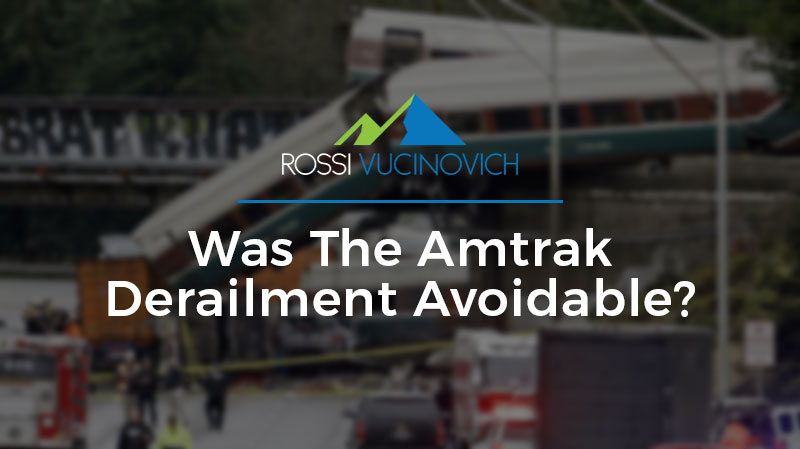 In the aftermath of the recent Amtrak tragedy in Dupont, Washington, everyone from local news teams to the White House seem to be asking the same question: how could something like this happen? Indeed, as we continue to learn more details about the derailment that occurred early Monday morning, it appears that a major contributing factor to the crash was the train’s excessive speed as it attempted to navigate a sharp turn over the I-5 highway.

While many drivers can remember a time when automobile manufacturers lobbied against federal mandates requiring seatbelts, airbags, and other similar features in cars, such safety equipment is so pervasive today that it can often be taken for granted. Like their auto manufacturing counterparts, the commercial freight and passenger rail industries have developed practical and reasonable measures to improve the safety of train travel. However, despite their knowledge of these potentially lifesaving tools, carriers have been slow, if not outright resistant, to adopting the widespread implementation of such devices.

Specifically, some form of “Positive Train Control” (“PTC”) technology has been available since the 1980’s. In layman’s term, PTC is similar to autopilot; it is a computer assisted program that monitors and controls a train’s operations to prevent or correct potential human error. Generally, an onboard computer receives and analyzes track data from wayside locations along the train’s planned route. This information notifies the train’s engineer of upcoming speed limits and potentially hazardous track conditions, allowing the engineer and crew to employ any necessary safety measures. In the event the engineer fails to take corrective action within a set warning period, the PTC can automatically apply the train’s brakes and bring it to a controlled stop without the engineer’s intervention.

In 2008, Congress required that all Class 1 railroad main lines with regular commuter rail passenger service fully implement PTC technology by December 31, 2015. As explained by the Federal Railroad Administration (or FRA) the most recent PTC technology “uses communication-based/processor-based train control technology that provides a system capable of reliably and functionally preventing train-to-train collisions, overspeed derailments, incursions into established work zone limits, and the movement of a train through a main line switch in the wrong position.” However, in 2015, Congress extended the deadline for compliance to December 31, 2018. The most recent data from the FRA indicates that Amtrak has equipped less than 50-percent of its locomotives with operable PTC equipment. [1]

[1] Additional details and data can be found at https://www.fra.dot.gov/app/ptc/

On December 18, 2017, the FRA reported that PTC technology had been activated on just 45 percent of tracks for freight railroads and just 24 percent on passenger lines. Despite the Congressional mandate and extended deadline which requires 41 railroads to fully adopt and implement FRA-certified PTC systems by December 31, 2018, at the time of the FRA report, only 12 had completed installation of the necessary PTC hardware while another 12 reported that installations of PTC hardware were less than 50% complete.

Despite the Congressional mandate and extended deadline which requires 41 railroads to fully adopt and implement FRA-certified PTC systems by December 31, 2018, at the time of the FRA report, only 12 had completed installation of the necessary PTC hardware while another 12 reported that installations of PTC hardware were less than 50% complete. By comparison, the Sound Transit’s Sounder Commuter Rail (SRC) completed installation of the required PTC equipment on all of its vehicles in 2015, demonstrating that compliance with the mandate is both practically and economically feasible.”

While the railroad industry raises concerns about the financial burden that attends implementing PTC technologies, the recent tragedies in our State clearly demonstrate that monetary or bottom-line considerations do not outweigh the costs which ultimately follow the failure to adopt such reasonable and well-developed safety measures.